Maybe you've never heard of MMT (Modern Monetary Theory). But no doubt, as the 2020 election nears, you will. It's the latest contentious buzzword to hit Washington, D.C.

The idea, despite its name, is not new or "modern." But it has set off a heated political and economic debate, with Fed Chairman Jerome Powell telling Congress last week that Modern Monetary Policy is "just wrong."

Does Modern Monetary Theory, or MMT, represent a brave new future of ever-expanding government spending to meet Americans' vital needs? Or is it a dangerous idea that could lead to runaway inflation, financial disaster and, ultimately, collapse?

The theory, in a nutshell, says that because the U.S. can borrow in its own currency, it can simply print more money when it needs to pay off its debts. All the Fed has to do is keep interest rates low. Simple. It's an increasingly popular idea among left-leaning economists.

Not surprisingly, however, when Fed Chairman Powe

When we talk about the giant size of Apple, the fortune of Warren Buffett, or the massive amount of global debt accumulated – all of these things sound large, but they are actually extremely different in magnitude.

That’s why visualizing things spatially can give us a better perspective on money and markets.

How Much Money Exists?

This infographic was initially created to show how much money exists in its different forms. For example, to highlight how much physical cash there is in comparison to broader measures of money which include saving and checking account deposits.

Interestingly, what is considered “money” depends on who you are asking.

Are the abstractions created by Central Banks really money? What about gold, bitcoins, or other hard assets?

However, since we first released this infographic in 2015, “All the World’s Money and Markets” has taken on a different meaning to us and many others. It’s a way of simplifying a complex universe of currencies, assets, and ot

Iff you're hesitant to make stock purchases at these levels, you're not alone.

NEW POST: Why Warren Buffett Is So Reluctant To Call Stocks A ‘Bubble’ https://t.co/HSqxmgC6ep pic.twitter.com/BPSOjaioMX

Last week I updated the Warren Buffett yardstick, market cap-to-GNP. The only time it was ever higher than it is today was for a few months at the top of the dotcom mania.

However, when you look under the surface of the market-cap-weighted indexes at median valuations they are currently far more extreme than they were back then. As my friend John Hussman puts it, this is now “the most broadly overvalued moment in market history.”

Nothing to see here. Move along pic.twitter.com/ELZojkcElM

Another way to look at stock prices is in relation Rules and regulations exist to let us know what behaviors we should expect from the people we do business with. Sometimes, good sense or social convention overtake these rules — and they don’t matter so much. Just about everyone wears seat-belts these days (we all know how much they improve our odds of survival in an accident); the ranks of underage smokers have plummeted (it’s no longer cool). Once the toothpaste is out of the tube, as they say, there’s no cramming it back in.

Such is the case with the Department of Labor’s fiduciary rule. On Friday, President Trump asked the Labor Department to review the rule, which requires brokers working with retirement savers to put the interest of their clients ahead of their own. After years of work on it, the regulation was finalized last year by the Obama administration.

At first blush, this looks like a big way the Trump administration could directly affect everyday investors. As it turns out, whether the fidicuary rule hurts you isn’t up

Courtesy of: The Money Project

There is a global push by lawmakers to eliminate the use of physical cash around the world. This movement is often referred to as “The War on Cash”, and there are three major players involved:

1. The Initiators
Who?
Governments, central banks.
Why?
The elimination of cash will make it easier to track all types of transactions – including those made by criminals.

2. The Enemy
Who?
Criminals, terrorists
Why?
Large denominations of bank notes make illegal transactions easier to perform, and increase anonymity.

3. The Crossfire
Who?
Citizens
Why?
The coercive elimination of physical cash will have potential repercussions on the economy and social liberties.

Cash has always been king – but starting in the late 1990s, the convenience of new technologies have helped make non-cash transactions to become more viable:

By 2015, there were 426 billion cashless transactions worldwide 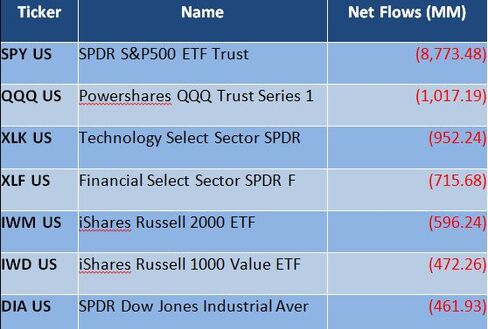 The government now has a greater command over the nation’s resources. But it is equally obvious that no one can raise revenue without someone else bearing the cost. To deny it would imply revenues could be raised for free, which would imply that wealth could be created by printing more money........ So now we know we have a slightly better understanding of who pays: whoever is furthest away from the newly created money. And we have a better understanding of how they pay: through a reduction in their own spending power.