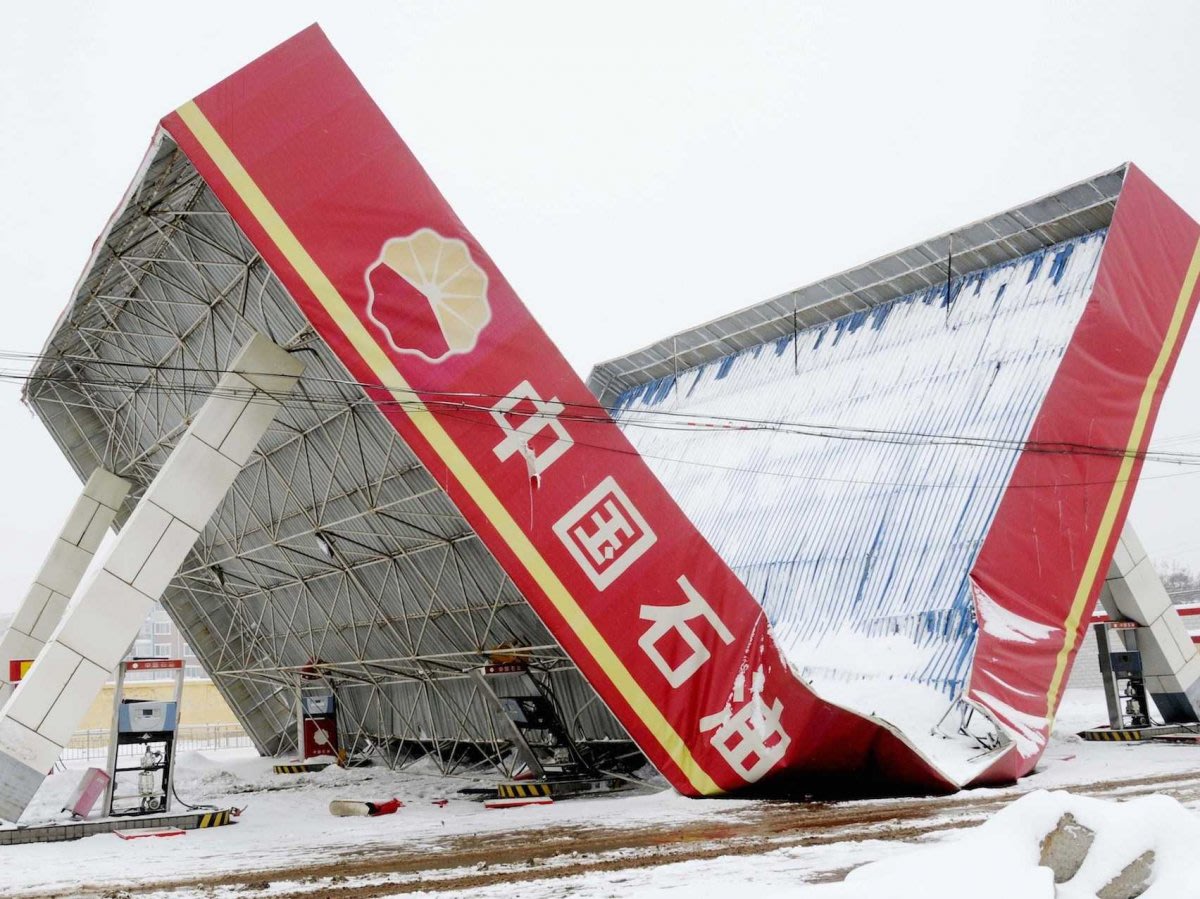 For the love of Pete.  I can only imagine what's going through the minds of investors.  First fears of energy name defaults and now China's real estate (bubble) may have it's first big default?  It'll be a fun Sunday night when futures open.

The Chinese real-estate developer Kaisa Group Holdings had a healthy balance sheet, according to investors and observers alike. It was the top-rated residential-property-sales firm in the city of Shenzhen, in the first half of 2014. It was known for fast, reliable work.

But on Thursday, Kaisa appeared to become the first Chinese development firm to default on offshore debt, missing a $128 million interest payment on $500 million of debt to foreign investors. Representatives of the company say they aren't sure whether the payment was made, The Wall Street Journal reports.

Consider this a slap in the face to investors chasing yield around the world and finding it (or so they think) in emerging-market junk bonds. Back in 2013, Kaisa and its fellow Chinese developer Country Garden received $28 billion of orders for a combined $1.25 billion of high-yield bonds. Kaisa promised that its bonds would yield a rate of 10.25%. Investors were thrilled.

And things seemed fine. In June the company said it had over $1.5 billion in cash. On Jan. 1 the number was calculated at $772 million — even though the stock had been halted in December and Kaisa's stock had fallen more than 48% in the month leading up to that.

With the cash the company said it had, though, Kaisa's $128 million interest payment should have been doable. 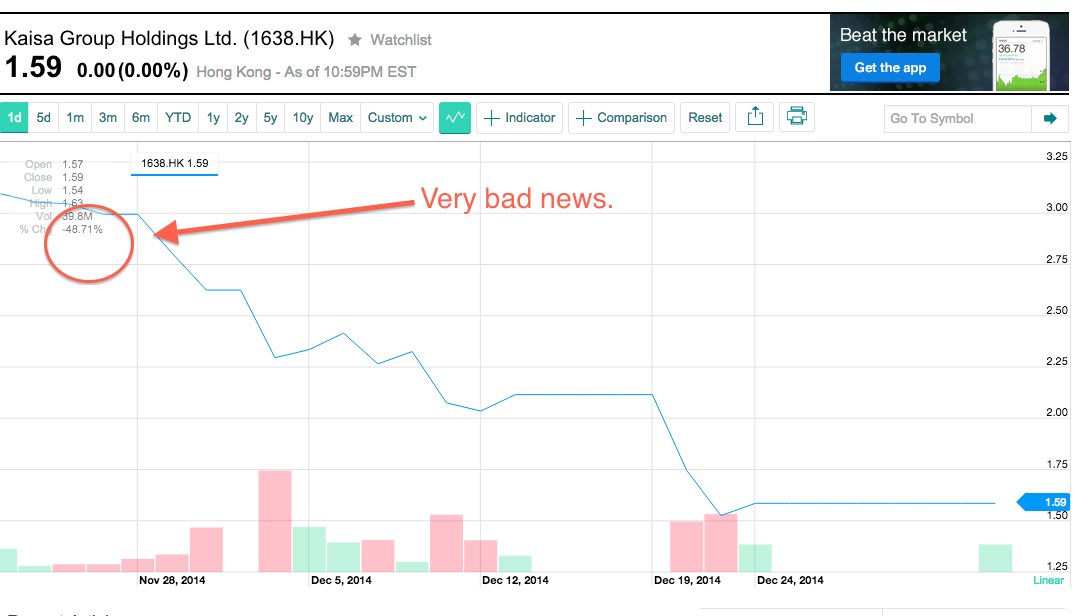 But it was not because of numerous factors, not least of all the Chinese economic slowdown and the country's sluggish housing market. Executives have quit since the company released an ominous statement in December saying problems with government permits would harm cash flow.

Those problems started back in October, when the federal government began investigating Shenzen officials for corruption in the housing market. Some said Kaisa's founder, Kwok Ying Shing (who has since quit the company) was unreachable — not a terribly uncommon thing in China, but certainly a bad sign for the company. Kwok denied that he was missing.  It seems, however, that this debt payment is.

Expect this to seriously shake investors, and for this to affect a  Chinese corporate sector that is already overleveraged and hungry for cash and investments.