For a nifty $5,000, this too can be yours. Ouch!  OK clearly it's not luxury construction but for temporary housing, sturdy weather-resistance storage, camping (?) and housing the poor, quite the innovation. One can only imagine the long term implications for both housing..............and the construction worker.

A private company in east China recently used a giant printer set to print out ten full-sized houses within just one day.

The stand-alone one-story houses in the Shanghai Hi-Tech Industrial Park look just like ordinary buildings. They were created using an intelligent printing array in east China's city of Suzhou.

The array consists of four printers that are 10 meters wide and 6.6 meters high and use multi-directional automated sprays. The sprays emit a combination of cement and construction waste that is used to print building walls layer-by-layer.

Ma Yihe, the inventor of the printers, said he and his team are especially proud of their core technology of quick-drying cement. Ma said he hopes his printers can be used to build skyscrapers in the future.

This technology allows for the printed material to dry rapidly. Ma has been cautious not to reveal the secrets of this technology.

MarketWatch provides this image of the 33 foot wide by 22 foot tall building. 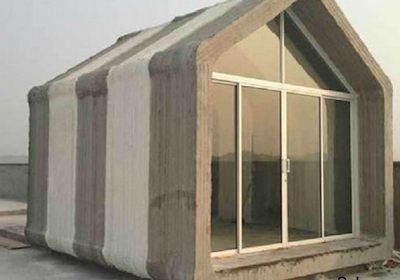 To label aesthetics as "unappealing" would be a huge understatement. But what do you expect for a house that costs $5,000? 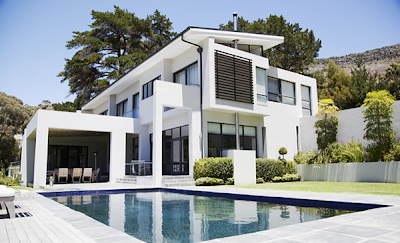 The University of Southern California is testing a giant 3D printer that could be used to build a whole house in under 24 hours.

Professor Behrokh Khoshnevis has designed the giant robot that replaces construction workers with a nozzle on a gantry, this squirts out concrete and can quickly build a home according to a computer pattern. It is “basically scaling up 3D printing to the scale of building,” says Khoshnevis. The technology, known as Contour Crafting, could revolutionise the construction industry.

As Khoshnevis points out, if you look around you pretty much everything is made automatically these days – “your shoes, your clothes, home appliances, your car. The only thing that is still built by hand are these buildings.” 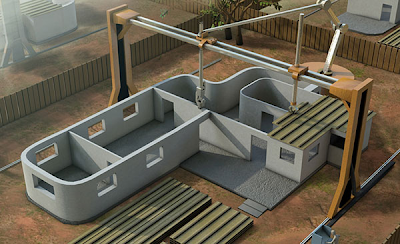 “It’s a CAD/CAM solution,” says Khoshnevis. The buildings are “designed on computer and built by a computer”. Contour Crafting hopes to generate “entire neighbourhoods built at a fraction of the cost, in a fraction of the time, far more safely, and with architectural flexibility that is unprecedented.”

The Contour Crafting solution also produces much stronger structures than traditional building methods. According to Contour Crafting the tested wall is a 10,000PSI (pounds per square inch) strength compared to an average of 3,000PSI for a regular wall.

They would not be as homogenous as the suburbs, says Khoshnevis, because “every [Contour Crafted] building can be different. They do not have to look like track houses because all you have to do is change a computer program” to get a completely different house.

Because the buildings are printed with a nozzle, they can also be far more creative than current constructions. “The walls can be curved” says Khoshnevis and “you can have very exotic architectural features without incurring additional costs.”

Will builders be out of work?

What the implications are for builders is, of course, a major concern. Building and construction has largely escaped the construction line automation of other industries and remains solid employment for millions worldwide. According to the International Labour Organisation construction employs nearly 110 million people worldwide and “plays a major role in combating the high levels of unemployment and in absorbing surplus labour from the rural areas.”

That’s a lot of people Contour Crafting could make redundant, which raises the question of whether the system could do more harm than good.