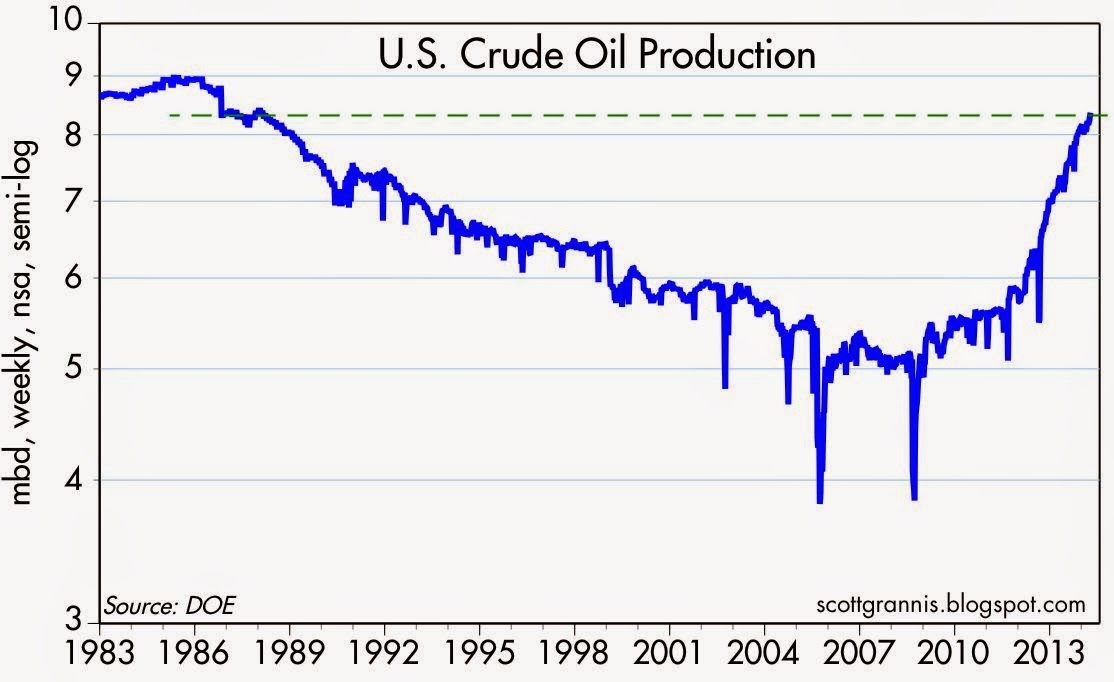 Amazing the shift since oil rigs were shifted from gas to more of the black gold AND with Bakken coming on line yet sadly, gasoline at the pump has tripled........smh

In the span of a mere four years, U.S. production of crude oil has surged by 67%, according to the Dept. of Energy, reaching levels not seen since the late 1980s. Crude production is up 14% in just the past year. This is the fruit of new fracking technology and it is nothing short of astonishing. Natural gas production is up almost 40% over this same period, and—since natural gas is not easily exportable—this has resulted in a two-thirds decline in the price of natural gas, which in turn gives our energy-intensive industries a big competitive advantage. All of this adds up to a huge boost for the U.S. economy, and it has nothing to do with any government initiatives or infrastructure investment. Indeed, it comes despite Obama's reluctance to approve the Keystone pipeline.

Mark Perry has been doing a terrific job of covering this story. In his most recent post on the subject, he points out that "the U.S. was the world's largest petroleum producer in December for the 14th straight month."

It's hard to be bearish about the economy's prospects when you see big changes like this in a key industry.